Gone are the days of old-school political campaign strategy.
And take advantage of the modern digital marketing campaign to hyper-target eligible voters.

Having a modern digital marketing strategy combined with the traditional campaigning techniques can accelerate your political campaign much further than most of your competitors. Our team at Custom Design Partners researched the last elections in Florida and found that only 5% of all political campaigns were implementing a digital marketing strategy. And, unsurprisingly, of the 5%, they won more than half of their electoral campaigns. These campaigns weren’t national, super funded campaigns- even city council or mayoral elections were utilizing internet marketing. Our team wanted to find out why modern marketing is rarely present in the electoral field, so we created a case study and polled several individuals and commitees in public service. Overwhelmingly the answer that was given was that digital marketing was too expensive. However, we noticed that some candidates were spending thousands on yard signs and door hangers and print media. Obviously these traditional campaigning techniques are effective, but, for example, for half the cost one could run a paid ad campaign, allowing you to hyper-target eligible voters in your district for fractions of a penny. From local, grassroots campaigns, political committees, to gubernational elections, every campaign could extremely benefit from modern marketing strategies.

Why is digital marketing underutilized for political campaigns? Entirely due to misconceptions.

Yard signs and door hangers cost thousands of dollars, while digital marketing costs half the price but yet is so much more effective at hyper-targeting eligible voters and constituents that agree with you and your positions.

Our team studied Florida’s last election cycle. We found that only 5% of candidates and committees were utilizing digital marketing. Of the 5%, roughly 80% of them won their seat or re-election! Our team put together a quick case study, which you can view below. Yard signs and pamphlets are good. But modern marketing is better. 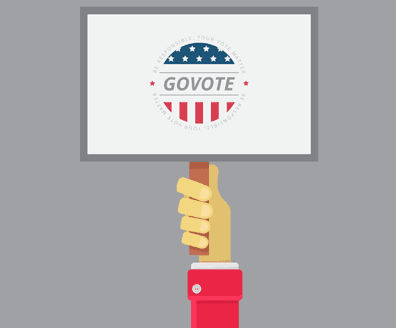 Simply put: digital marketing for political campaigning is sadly underutilized. With the ability to hypertarget eligible and like-minded voters by exact zip codes, modern marketing is an extremely effective and affordable way to generate brand awareness, promote monetary contributions, and ultimately get voters to the polls.

If you’re a candidate running for public office or a political consultant, having the ability to implement online marketing will boost you way above your political competition. We can prove it, too. Contact us and our team will show you how many voters you may be missing out on.

With the emergence of digital advertising, we asked ourselves why political strategies don’t include online marketing. Through our inhouse polling and questionnaires, we were given the following reasons:

Work with our team of consultants to execute a custom plan with your strategic vision and our technical implementation. Our team will work with your to set clear milestones, facilitate communication, and word side by side to help meet your goals and deadlines.

At Custom Design Partners we will review your database and then recommend how to standardize, clean up and import your data to solidify you are getting the most out of our services.

Our team will provide a summary of helpful recommendations, audience segmentation, filter suggestions, and more.

Get your website up and running with Custom Design Partners with custom email themes and website implementation.

Learn how to get the most out of Custom Design Partners. Our team will identify and implement all of the features you need to accomplish your goals.

Execute your personal digital strategy at the scale for you with the help of the Custom Design Partners team. We can configure features across your entire network.

Get in Touch Now!

It is a tough competition out there. And you need to find ways to stay connected with your customer. Custom Design Partners is here to give you an insider perspective on how to show your user that you continously care about them.

Connecting and driving your customer towards your business.